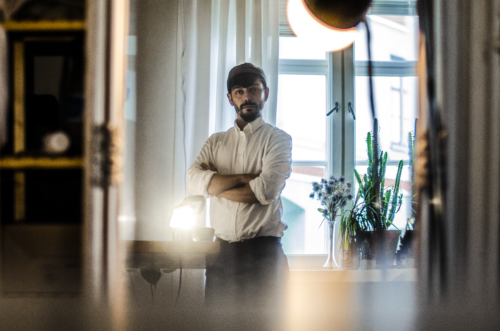 A couple of months ago, as part of the Writers for Peace Committee, the Finnish PEN was commissioned to write a resolution regarding migration on behalf of The Assembly of Delegates of PEN International. That resolution – written in a collaboration between Veera Tyhtilä, Shashank Mane and I – was focused on the problematic suffered by migrants and asylum seekers worldwide in relation to their condition as outsiders in foreign lands. The document made a diagnosis on the neediness for legal aid and locally contextualized the current situation in Finland.

I remembered this document while trying to articulate my nightmare with the Finnish Immigration Office for this article. Something important about the resolution was focused on conceiving the problem as an ethical priority that should be highlighted and tackled for the sake of human dignity and structural change. The final version of the resolution will be presented at the 85th PEN International Congress in Manila, being a document with strong personal significance due to the fact that it resonates with values that symbolically represents me as a Mexican-born professional making a living in Finland.

To give a little of context about me, I might say that I am an author and graphic designer residing in Helsinki since late 2013, and also a board member of the Finnish PEN. My work and experience as a writer, multimedia artist and activist on cultural advocacy is relatively known by the community on the field in Finland and Mexico. My literary and artistic practice has been supported by local institutions like the Arts Promotion Center Finland and Kone Foundation, opening spaces for Finnish-born and non Finnish-born professionals in Finland and abroad. I am also an entrepreneur running my own firm (toiminimi) with clients from the cultural, academic and hospitality industries; I have been translator, publisher, producer, curator; and so on and so forth.

On August 2018 I received a negative decision from the Finnish Immigration Office (Migri). The story involved an appointment letter to visit them at the terminal 2 of the Airport, a phone call with an interpreter in Spanish and a negative decision with the request to leave the country back to Mexico. I originally applied with my own firm for an entrepreneurs residence permit and during that time I received a full time working grant by Kone Foundation. I informed Migri about the grant – and its demand for a full commitment – and, instead of suggesting that perhaps it was not the suitable application for my current status, it was easier for them to deny me the residence.

So I got an attorney, we appealed, I applied for a new residence permit under the base of professional artist; before summer this year they asked for my sources of income (which were the grant and my company). Summer passed by, Kone Foundation’s grant came to an end last July, then they asked yet again for my sources of income but this time – ironically – with a suggestion to apply for the entrepreneurs residence permit if my income were mainly generated from my company. So they basically suggested me to go for the same residence permit that was rejected already a year before, including the extra expenses that applying again might bring.

I asked for two more weeks to do the suggested application but then the appealing decision came from the higher judge saying that I never informed about the grant, that I do not have ties with Finland, that I have another residence permit application on process and therefore they do not see a reason why I should not be deported.

According to a Migration Review made by the ministry, several legislative amendments were introduced in the previous government term to make it easier for entrepreneurs and experts to move to Finland in order to promote economic growth and employment, but It does not seem to be the case for professional artistic or cultural based workers financed by an institution in the form of a grant. Yet again, in parallel, it still remains unclear why the work made within a firm is not consider professional artistic work under the eyes of the Migration Office, in direct contradiction with the criterias given by the Ministry of Education and Culture where a grant from the Arts Promotion Centre Finland can be awarded throughout a company. So independently if the grant passes through my firm (Manuke. Lit, Media Art & Design), or not, the point is that the work within it should be considered professional artistic practice according to their criterias in other branches of the government.

One way or the other, the inconsistencies and opacity that Migri has regarding the evaluation processes, with no clear contact person to whom consult with about your own case, ends up making the process very unfortunate and giving a general feeling of estructural harassment, considering also that there are no clear mechanisms that explain what they really look for when they process a residence permit application. This is a delicate issue due to the fact that many people suffer this kind of situation in similar or worse proportion to my case. Spending money in applications, judges and attorneys; and sometimes even with no voices of their own representation to speak their stories, like in the case of asylum seekers for instance. All these elements together seem to depict a clear structural resistance, even when the Government Integration Programme for 2016–2019 and Government Resolution on a Government Integration Programme published by the Ministry of Economic Affairs and Employment in 2016 already acknowledged the relevance and urgency of a humane integration policy.

Last May, Support Structures Collective organized a peer group for art and cultural workers dealing with Migri. The peer group, coordinated by artist Martina Miño, took place at the facilities of Globe Art Point (Gap) in Helsinki and it was intended to compile the stories suffered by the field, identify common grounds of needs, and deal with possible solutions collectively. I attended the group both as Gap’s representative and as a professional struggling with the Migration Office myself. Martina told me that there were some attempts to contact Migri asking for them to provide one of their specialists or evaluators who could join the group, it seems to be that after some e-mail exchanges they just stop answering.

A statistical review made by The Finnish National Contact Point of the European Migration Network (EMN) in 2018, which compiles statistics from the Finnish Immigration Service, Police and Finnish Border Guard as well as the International Organization for Migration (IOM), shows that around 60% of the decisions on first residence permits for the category of ‘self-employment’ between 2017-2018 were negative from a total of 293 applications. Furthermore, the review mentions that before applying for the residence permit under the grounds of self-employment / entrepreneur, the applicant needs to get an assessment of the business model from Business Finland, but none of that information is specified in Migri’s official website. Yritys Espoo offers free of charge business advice for everyone, by the way.

For the Residence Permit Application for Work in the field of Culture or Arts, the information is not included into the statistical review, leaving a big question mark on the transparency of a process where I clearly covered all their criteria, despite its discriminatory statement on what is not a professional artist (“You may for example be a circus performer or a performing artist, but not a restaurant musician”).

While writing this article, I am facing a deportation process. But this time I have to request an appeal to the Supreme Court. A request.

Daniel Malpica is a Mexican-born author, graphic designer and board member of Finnish PEN.