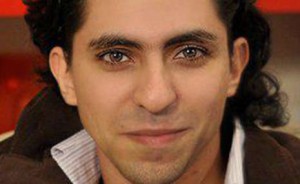 Writers’ freedom of expression organization Finnish PEN is deeply concerned of the well-being of Raif Badawi, the saudiarabian blogger and website editor, who has been imprisoned since January 2015.

Please add your first name, surname, home town and e-mail and we will send the appeal for you.

Finnish PEN started gathering signatures to free Raif Badawi and Waleed Abu al-Khair as a part of our Day of the Imprisoned Writer 2015 campaign for Raif Badawi.