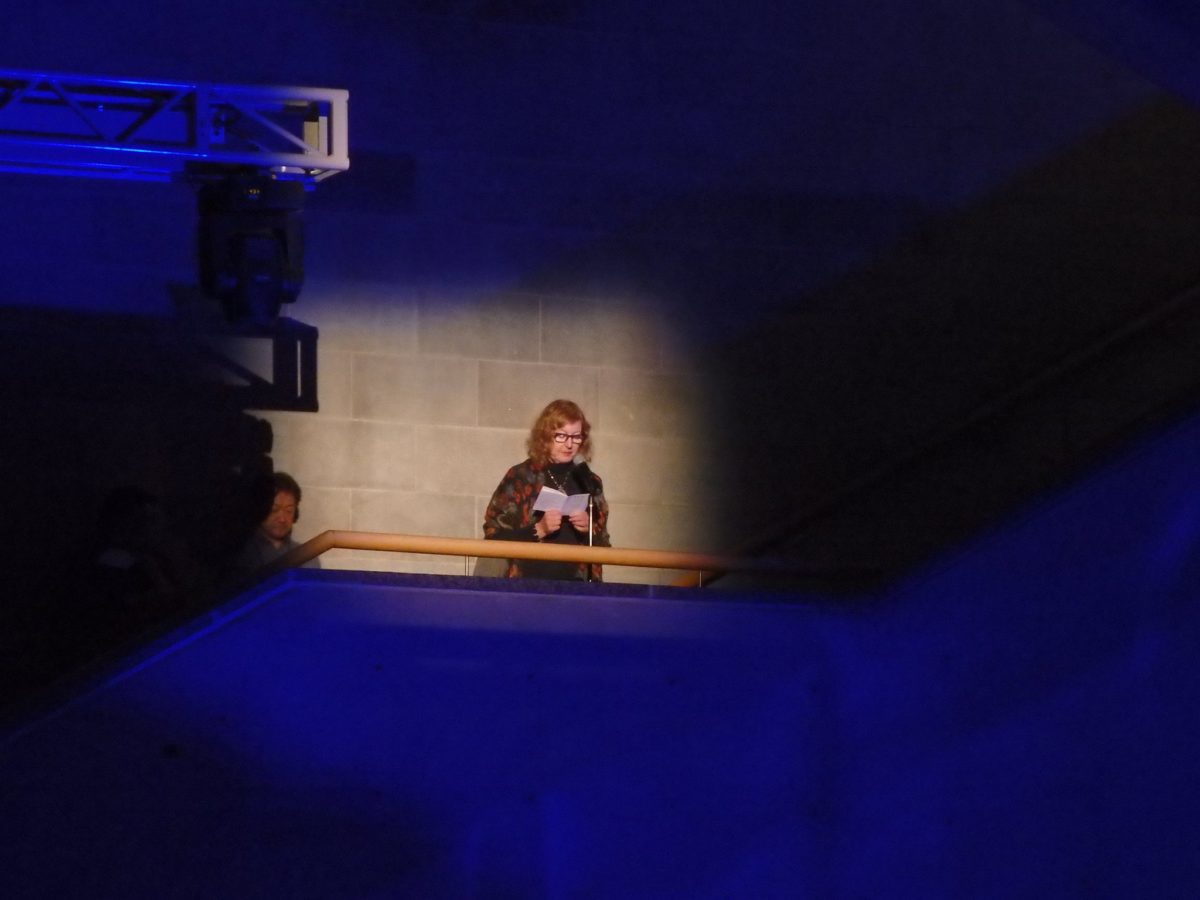 The Translation and Linguistic Rights Committee believes that all languages and literatures have the right to be written, read and heard, whether spoken by millions of people across the world or by just a few. The committee promotes interaction between different cultures and languages, looking for ways to support endangered languages. In Finland, we pay special attention to the status of Finno-Ugric languages and the linguistic rights of the Sámi people. The committee organizes literary events and public discussions and publishes articles in various languages on the Free Word (Vapaa sana) blog.

Manifestos by the committee

The Quebec Declaration on Literary Translation and Translators

The picture above shows the committee chair Marianne Bargum reading a poem by Josephine Baker, which she translated into Swedish, in the opening ceremony of PEN International Congress in Quebéc, October 2015. Photo by Sirpa Kähkönen.