At the end of 2018, we have been witnessing a global trend of the rise of illiberal democracy. In this digital age, we see the spread of disinformation, propaganda and hate speech and resultant anger, fear, xenophobia, extremism, and violence. Those remind us of narrow nationalism as well as secular and religious totalitarianisms of the 20th century that ended up in two world wars, wars, genocides and mass atrocities that killed over 200 million people globally.

At the heart of those tragedies was a perceived “single identity” of a people that undermined rights and dignity of “perceived others”. Contrary to this grim scenario, the world also witnessed examples of Mohandas Karamchand Gandhi (1869-1948), the messiah of Satyagraha or “truth force”, who had used nonviolent protests and shook the powerful British empire in South Africa and India.

Gandhi fought colonialism with inclusive politics and passive resistance that culminated in British colonial authorities to hand over power to locals and leave India peacefully. He is considered as the architect of modern India’s democracy, liberalism, and pluralism. His examples influenced the civil rights movement in the US that resulted, in the end, racial segregation in 1964. He also inspired anti-apartheid struggle in South Africa that ended apartheid in 1991 and cleared the way for a fully-democratic majority rule in that country in 1994.

Gandhi also inspired freedom, peace and pro-democracy movements throughout the world. What made Gandhi, a small-stature, loinclothed and shy British-educated Indian lawyer whom Winston Churchill called the “half-naked fakir” to become one of the most revered persons in world history? What transformed him into Mahatma or the “Great Soul”? What can we learn from him so that the world can avoid repeating the similar atrocities committed in the past?

To answer these questions, I will explore influences that transformed Gandhi as a migrant in the United Kingdom and colonial South Africa for about 22 years. Those expanded his knowledge, thoughts and personal growth through contacts with people from diverse backgrounds. Gandhi synthesized Eastern and Western knowledge and values to give voice to the weak and the voiceless in service of truth, fairness, and justice for all. One hundred fifty years after his birth and seventy years after his death, he remains as relevant to the world today as he had been during his lifetime.

Gandhi as a migrant in Europe and Africa

Gandhi spent two years in London as a foreign student since 1888. In 1893, he went to colonial South Africa as a counsel of an Indian Muslim merchant and spent almost two decades there as a lawyer-social activist protecting rights of Indian diaspora under apartheid. His life as a migrant outside India gave him opportunities of mixing closely with people of diverse ethnic, national and religious backgrounds.

London Vegetarian Society worked as the first public forum for him to express his thoughts as writer. It was in the society’s journal where he first published his thoughts into a six-part printed article. It was in London where he came across writings of great Western idealists such as John Ruskin, Leo Tolstoy and Henry David Thoreau. Those together with reading sacred books of all major religions of the world transformed him into an ardent believer of the power of truth force, conscience-driven living and nonviolence.

In South Africa, he had been engaged in community services of Indian diaspora protecting their equal constitutional rights as colonial subjects in a racially segregated society. In the face of painful unfair racial discrimination, he tested his learned principles of nonviolence through peaceful protests, non-cooperation, and mass civil disobedience. His arrests and imprisonments increased his resolve to fight unjust laws.

Those experiences also graduated Gandhi for taking a larger role in national independence movement in India at a later stage. Referring to Gandhi’s transformation in colonial South Africa, Nelson Mandela, South Africa’s successful anti-apartheid movement leader and an admirer of Gandhi, later said in a speech in India, “You gave us Mohandas Gandhi; we returned him to you as Mahatma Gandhi.” Gandhi volunteered in community affairs of the Indian diaspora and built bridges with others including the British colonial government in South Africa that he fought against.

Through his voluntary services and actions, Gandhi expanded his identities and connected to the broader world. In his book Gandhi Before India, historian Ramachandra Guha identified seventeen different identities Gandhi bore while living outside India. Some of such known and unknown identities are a barrister, stretcher-bearer, nurse, teacher, agitator, no man’s enemy, an ex-convict and a saint.

Gandhi after his return to India

After living two decades in colonial South Africa, Gandhi returned to India in 1915. There he began his inclusive politics reaching out people across ethnic, linguistic, class, caste, religious and other divides. He led a movement against British colonial rule in India through nonviolent means and suffered imprisonments for the sake of truth.

Gandhi considered the democratic spirit of the West with equality, fairness, and justice as superior to the limiting image of the West manifested in colonialism. In India, Gandhi realized that his people faced two major challenges: the foreign rule and country’s inner problems of social injustice. He considered both as equally important problems that needed urgent actions.

Gandhi challenged colonialism by demanding India’s self-rule and simultaneously worked to create a social basis for building self-reliant, democratic and plural communities by fighting inner social evils. He used nonviolent methods of protests such as strikes, boycotts, fasts and civil disobedience together with negotiations to achieve his goals. Through his nonviolent actions, he shook the power of the British empire in India that ultimately led the British colonial rulers to leave India in 1947 after partitioning it into India and Pakistan.

Gandhi’s relevance in the 21st century

Gandhi’s lessons show the world that it is possible to resolve many conflicts of the world today by keeping an open mind, embracing pluralism and cooperating with others. His East-West synthesis was about adopting Western democratic values and institutions without giving up his faith in himself and in the Eastern values he represented. It was reflected in his approach of dealing with religions among other issues.

Gandhi’s vision of secularism did not aim at separating religion from public life. Rather, he worked for creating tolerance, respect, and celebration for religious and other diversities within society so that people could live in harmony with one another. His experiments with truth focused on deeper issues of fairness, equality, and justice for all.

Through his voluntary actions, he became a role model for expanding “multiple identities”. His lessons signify that an individual does not possess an exclusive monolithic identity as such based solely on ethnic, linguistic, religious, national or other origin. In fact, every person holds multiple identities. Gandhi had shown that diversity and multiple identities of people are resources that can be utilized in building bridges with others. He walked his talks through undergoing personal sufferings and making personal sacrifices.

Gandhi was a symbol of empathy, fairness, and goodwill even to his enemies. He did not consider the East and the West as mere geographical entities. Rather, he considered those as bearers of universal values and principles that unite us in our common humanity. Gandhi’s East-West synthesis can inspire the world to embrace pluralism and multiple identities. It may play a crucial role to help us understanding the essence of human lives and striving for love, fellowship, and peace. 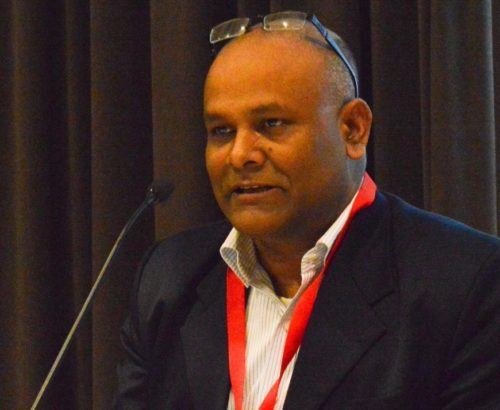