…from the Dark Cellar, He Narrates His Story 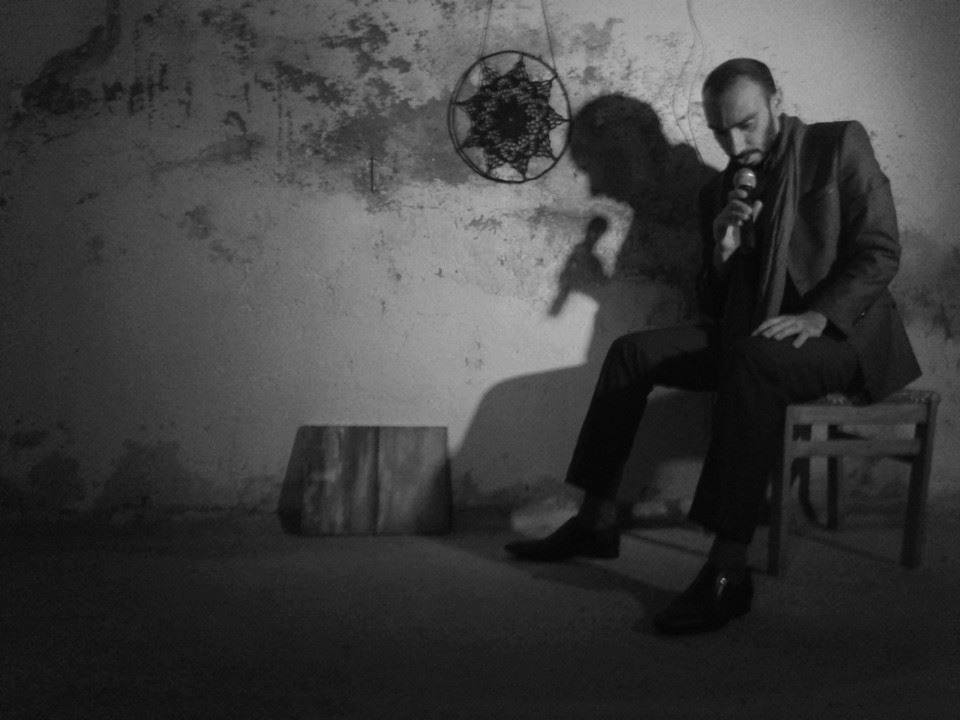 Umar Abdul-Nasser is an Iraqi poet from the city of Mosul northern Iraq. Two years passed since ISIS conquered the city. The heavy law of ISIS that is preventing everything that relates to life and harsh punishments are being imposed on those who don’t obey. Mosul still grips a gleam of hope.

For ISIS, all artistic activities are a taboo. Although the disastrous consequences that could happen, Umar carries on singing for better life. This is a bid to revive hope and to please his friends and family and as well as he is willing to convey his message to the outer world. That message which was sent from the biggest collective jail in the world, that accommodates more than two million people who are not allowed to escape, but they are still coping.

Umar knows the value of life this time more than ever before. He pledged to love till he defeats the war. Umar with his brother and friends created their own little world of converting the dark house cellar to a bright platform of creativity.

It is not of wisdom to be publicly highlighted in this situation. Only his friends and the people he can trust have an access to his videos.

The story of this brave poet started when Mosul was invaded by ISIS in June of 2014, when most of his colleagues ran away. While he chose to stay so he could be a witness to what would happen. Through his poems he would record the history of a non-reachable spot to the international media.

After his father’s death in 2011 Umar became the only breadwinner or guardian of his family.

Despite of the potential danger that he faces he continued writing secretly, challenging the reality.

The events of cohabitation created Umar as poet of a crisis. He identified this phase as the most important stage in his life. Despite of actions that have overshadowed him, but on other hand given him a lot. The intensive time that he passed through in reading and touching the facts on the ground contributed in shaping his poetry again. He added that many approaches have changed him.

Umar has a bachelor degree in English literature from Mosul university 2007. After his graduation he worked as an English teacher in the schools of public sector.

Umar’s voyage in poetry has started since his early youth in 2000. But the shortage in freedom of speech prevented him of publishing in many Iraqi newspapers. Later, he took the adverts plate in college to publish his written works, where many students managed to know him as a liberal poet in a closed city.

Al Oud is a folk Arabian musical instrument with five pairs of strings. Umar has thought to combine music with poetry in a modern way that can give the sensation twice, one that of music and one that is of words in an artistic work as a sort of renewal.

He had to find a teacher of Al Oud, as first step to study music, in depth of alleyways of old town Mosul, Umar directed to the first teacher in music. To put his instrument on shoulder and walk is a gamble in a city governed by hidden terrorist groups and tough security forces. Checking out locals and considering everyone as a potential enemy. So what about a man who carries a big bag, similar to the guitar bag contains Oud!

(As it is not usual to carry musical instruments publicly in Iraq, specially post 2003 events. The best way to transport these staffs is to put them in a bag and make them look like any other things, but not artistic things.)

Umar has undergone many checks and heard unwilling speech from security forces in many cases. But finally he managed to learn the basics of playing on Al Oud.

With the virtual reality rise, Umar took Facebook and YouTube to meet with his audience, getting an advantage out of every opportunity that modern technology gives. More ever, he is now a professional photographer and a video maker.

When I asked Umar if he has been to any course of learning all these capacities, he answered me that we have the inner power as well as Mr. Google which can teach us almost everything. In a one click you can get whatever you want to know, but still the clue is in how to use all the knowledge correctly.

Here is some of Umar’s works: