The Egyptian poet Galal El-Behairy is currently detained and faces charges in the Military Court related to his latest book of poetry, ‘The Finest Women on Earth’ (الأرض  خير نسوان), published earlier in 2018. El-Behairy likewise faces charges for writing the lyrics for artist Ramy Essam’s song ‘Balaha’ in a separate case investigated by the High State Security Prosecution. He was arrested, beaten and tortured after the release of the song.

On May 6, 2018, El-Behairy was given the information that the verdict will be given on May 9 by the Military Court. Charges against him in the Military Court case include insulting the military and spreading false news. 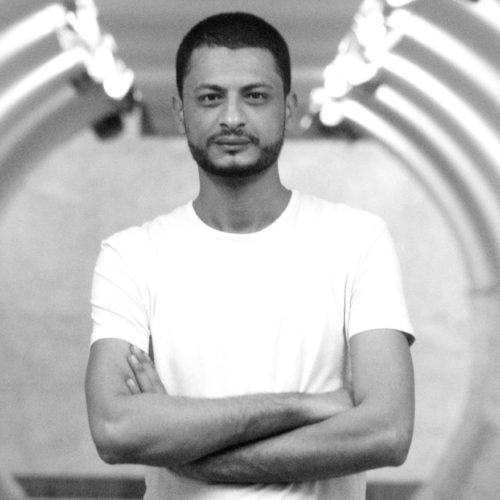 Ramy Essam’s song and music video ‘Balaha’ was released on February 26, 2018. Soon after the release of the song, which criticizes the government and policies of Egypt, various pro-state TV hosts launched a smear campaign against Essam and El-Behairy.

On May 6, 2018 Galal El-Behairy attended a trial in the Military Court, and to a great surprise, was given the information that the verdict will be given already in three days, on May 9, on the case that handles the content of his book of poetry. The verdict was then postponed until May 16.

At the same time, El-Behairy is being investigated by the High State Security Prosecution for both ‘The Finest Women on Earth’ (الأرض  خير نسوان) and the lyrics he wrote for ‘Balaha’. The High State Security charges against him include joining a terrorist organization, spreading false news, abuse of social media networks, blasphemy, contempt of religion, and insulting the military. An arrest warrant in the same case has been issued against Ramy Essam related to the song ‘Balaha’.

We, the undersigned, stand in solidarity with Galal El-Behairy and Ramy Essam and urge Egyptian authorities to:

Read more information and watch the video Balaha at https://www.ramyessamvoice.com/

Finnish PEN is working on the case alongside with other organizations such as Artists at Risk project and Finnish Music Council.