On The World Press Freedom Day May 3rd Venla Hiidensalo, the new President of Finnish PEN, was interviewed by the Finland’s biggest newspaper Helsingin Sanomat (in Finnish: www.hs.fi/kulttuuri), and took part in a panel on threats to press freedom at the newspaper’s public arena Mediatori. Other participants were Jeanette Bougrab, whose husband was killed in the attack against Charlie Hebdo, a Finnish journalist Ayla Albayrak, who is under the threat of a prison sentence in Turkey for writing about the Kurdish situation, and editors-in-chief Kaius Niemi ja Kari Vainio. 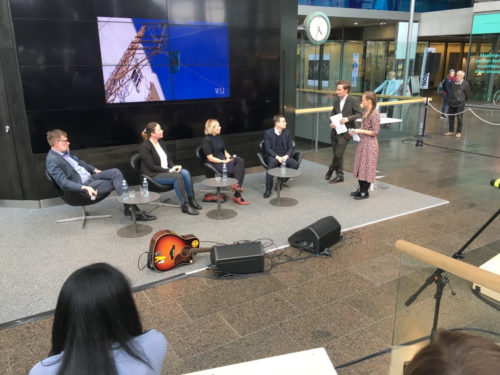