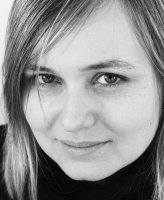 The recipient of the 2013 Finnish PEN Freedom of Expression Award is Eva Neklyaeva, the festival director of the Baltic Circle theatre festival and human rights activist.

Neklyaeva has for a long time campaigned to improve human rights in Belarus. Her father, poet and former president of Belarusian PEN Uladzimir Nyaklyayew (Vladimir Neklyaev) was assaulted in December 2010 during a peaceful protest and imprisoned. Vladimir Neklyaev is still under house arrest. The harassment of human rights activists is a daily occurrence in Belarus. Activists are arrested, beaten and convicted by summary trials. Organisations and journalists critical of the authoritarian president Aleksandr Lukashenko’s regime are hounded constantly.

Eva Neklyaeva has called for the cancellation of the 2014 World Ice Hockey Championships scheduled to be held in Belarus.

In addition to her work for human rights, Eva Neklyaeva is a highly accomplished in the field of theatre.

She is the festival director of the international Baltic Circle theatre festival, which has garnered awards and wide renown.  Since 2000, the Helsinki-based festival has introduced the latest developments in contemporary theatre to the audience. The Baltic Circle festival is also a meeting ground for professionals and their audience. The festival organises seminars and education and takes an active part in the discussion on art and its role in the society.

Baltic Circle strives to raise issues, engage in discussion with the audience and find new perspectives. As Eva Neklyaeva puts it, ”Politics is black and white, but art can show things as complicated as they really are.”

As the Finnish PEN Freedom of Expression award, Eva Neklyaeva receives the painting Icon of the Flower Forest donated by the author and painter Rosa Liksom.