The poet and civil rights activist Uladzimir Njakljajeu (Vladimir Neklyaev) has been sentenced for 10 days in prison on Nov 1st 2017 for giving an interview in which he defended the Belarussian people’s legal right to protest as enshrined in the international law. The court in Minsk has wrongfully interpreted his words as an invitation to join into an ‘illegal protest’. This is the 4th time this year he is being arrested. The 71 year old Uladzimir Njakljajeu is in a poor health and the constant harassment is worsening his conditions. 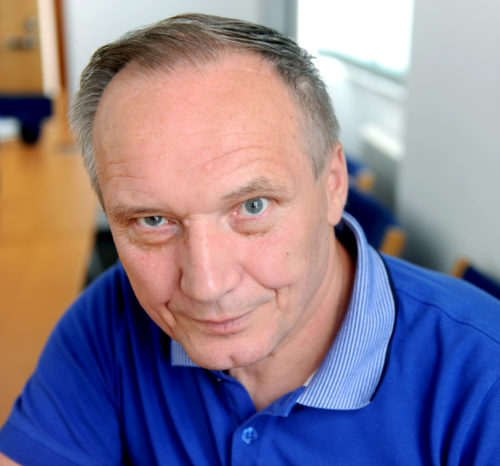 The writer’s international freedom of expression organization Finnish PEN stands in solidarity with our honorary member Uladzimir Njakljajeu in his legal right to express his opinions and criticize the government officials without fear of sanctions.  We support his lawful rights to freedom of expression, human and civil rights in accordance with PEN International charters.

Finnish PEN asks the Finnish government and other European states to put pressure on Belarusian officials to sign the human rights conventions above and stop the oppression of writers, human and civil rights activists and the common people.

Uladzimir Njakljajeu is an award winning author, a former president of Belarusian PEN and the country’s writers union and an opposition politician. He has lived in Finland under Finnish PEN’s residency programme in 2000–2004. He ran a presidency campaign in Belarus in 2010 but was beaten badly and hurt on his way to protest on the voting day. He was imprisoned, became a political prisoner, spend years in home arrest and was freed in 2013. Since then the persecution by government has reached to a new height in 2017.