The results of the 2016 U.S. presidential elections came as a shock to many people across the world. Donald Trump, the Republican president-elect, conducted an election campaign centering on distrust of minority ethnic and religious groups among others. After upsetting Brexit vote results in the UK and election of Trump in the U.S., populist anti-immigrant nationalist parties in Europe are getting new momentum in politics. The rise of illiberal nationalists to power in any of the upcoming national elections in Germany, France and Italy may undermine the peaceful multilateral European project itself. What went wrong in Western countries? They have a long history of fighting excesses of the Church and dynastic rules and pioneering ideals of democracy and freedom in the world. One plausible explanation is, the election results are manifestation of broader disenchantment of a large section of working class people who strongly felt that political establishment in those countries failed to address their needs, concerns and aspirations. The rapid social changes emanated from disruptive new technologies and mass access to Internet and social media may have added fuel to the fire. This side of the argument moderates the portrayal of the election of Trump as a sole manifestation of rising narrow nationalism.

While it is undoubtedly a psychologically depressing time for Western liberals and internationalists, however, there is no compelling reason to panic about this new development. The urgent needs are: deep reflection on ways to address legitimate concerns of marginalized groups and simultaneously tone down anti-minority rhetoric and safeguard constitutional rights of all. We should remember that Western countries are blessed with confident national identity, the rule of law and democratic accountability. Those institutions are not dependent upon whims of powerful individuals or groups. The spirit of the West with its universal liberal democratic tradition is much stronger than the construction of the West as a geographic entity. Conspiracy theories, which feed on poisonous and divisive rhetoric, work in sham democracies and dictatorships but not in well-functioning democracies. In democracies, ruling parties have to moderate their rhetorical positions to accommodate concerns of the opposition. It’s the magic of liberal democracy. Drawing on lessons from success of liberal democracy in India, a non-Western country, this article defends Western liberal democratic tradition as a noble set of universal values in itself. It calls for exploring possibilities of emulating successful Nordic popular education models throughout the world in order to help developing well-informed and active citizens in the service of democracy, peace and prosperity.

Most of the non-Western countries have been decolonized from Western powers since the end of WW II. In an ideologically polarized world, they had to choose either democratic capitalist bloc or socialist bloc without much functional autonomy. But since 1990s, at the end of Cold War, a new democratic wave spread over Asia, Africa and Latin America. But democratic institutions in many of those societies remain fragile due to legacies of socialist, nationalist or religious dictatorship (as an alternative to democracy). As a result, a large number of those countries face ethnic, religious or other violence that challenges the legitimacy of modernist state itself. Japan and India are few shining examples of institutionalized democracy in non-Western countries. India stands out as a unique democratic model among developing countries since its independence in 1947. What enabled the country of 1.3 billion people ethnically, linguistically, religiously and culturally so diverse to create such a well-functioning democracy? The answer is simple. The embracing and claiming ownership of Western liberal democratic tradition by Indians. Let’s have a closer look at key ingredients of Indian success.

Mahatma Gandhi has a lasting legacy on India’s path to freedom from British colonial rule through the principle of non-cooperation and non-violent resistance. Upon his return to India from South Africa in 1915, he realized that Indians faced two central problems: foreign rule and the country’s inner problems of social injustice. For the first time in India’s history, he built bridges across class, religion, caste, ethnic, cultural, and other divides. He considered the process of self-help, self-reliance and social harmony among Indians as important as removing colonial rulers from the country. In independent India, he used his political influence to induct brilliant minds to build an inclusive, open democratic, and tolerant nation. Jawaharlal Nehru (a British-educated lawyer and an upper caste Hindu agnostic), B.R. Ambedkar (a Dalit or untouchable icon and a social reformer who wanted to eliminate the Hindu caste system) and Abul Kalam Azad (a Mecca-born, staunchly secular Muslim scholar) became India’s first prime minister, first law minister and first education minister respectively. This liberal Gandhian tradition has strong moral influence on subsequent governments.

Nehru, who had to spend about a decade altogether in colonial prison in India for his participation in nationalist movement, was also an admirer of Western model of democracy and development. He steered India to a path of responsible nationalism, non-alignment and internationalism while pursuing the path of Western-style parliamentary democracy. Like Rabindranath Tagore, the first Indian and the first Asian Nobel laureate in literature, Nehru had unwavering faith in the “democratic spirit of the West” which was of course spiritually different from the limiting image of the West manifested in colonialism. As a result of following Western democratic tradition, today India is a democratic, self-reliant and one of the fastest growing economic powers of the world. However, Indian democracy has its flaws too. High social inequality, dynastic culture, the use of caste and religion in politics, checkered personal records of a section of elected representatives, and corruption are some of the challenges it faces today. Because of such weaknesses, Ramachandra Guha, an eminent Indian historian, termed India a “50-50 democracy.” However, Indian voters are strong enough to ditch any powerful political party or its leader by using their voting rights. This level of effective functioning of democracy is largely unknown in many non-Western countries. Indian experience proves that Western liberal democracy can be successfully emulated and owned anywhere. It can be gainfully used for conflict transformation as well as promotion of peace, harmony and prosperity across the world.

But democracy is not all about the formal ritual of elections. It’s also a matter of democratic mindset of citizens. It’s about openness to and respect for others within community, nation and broader humanity. It requires purposeful liberal education to broaden one’s thoughts for personal growth, responsible actions and services. Nordic countries i.e. Denmark, Finland, Iceland, Norway and Sweden may provide valuable lessons to rest of the world in this regard. They are model democracies of the world with an enviable record of human development, individual freedom, equality, equity and sustainable peace. Traditionally, peasants have played a strong role in shaping educational and political processes in Nordic societies. The 19th century folk high school model of Danish theologian N.F.S. Grundtvig and 20th century study circles model of Swede Oscar Olsson have lasting legacies on strengthening grassroots democracy in Northern Europe. State support for bottom-up, flexible, autonomous and life-oriented adult learning conducted by civic organizations contributed to fulfilling individual learning needs of working class people and reducing antagonism between dominant social culture and social movements. Public libraries have been playing a key supportive role in this regard. Referring to the role of study circle in strengthening democratic tradition and fairness in society, Olof Palme, the former Swedish prime minister, labelled Sweden as a “study circle democracy.” Finland, one of the best-performing school systems among developed nations, drew its initial educational inspirations from the Nordic tradition of lifelong learning. To build a strong social basis for universal liberal democratic values and institutions, the world should explore and adapt the successful Nordic way. 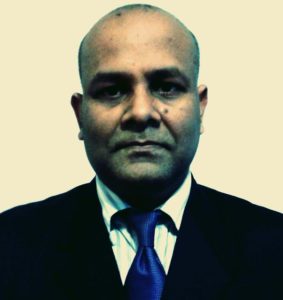