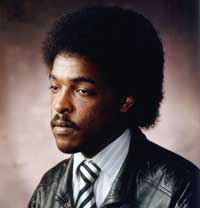 Dawit Isaak (b. 1964) is an Eritrean-Swedish journalist and playwright who was arrested in his home in Eritrea on January 23rd 2001 and has been imprisoned ever since because of his journalistic work and opinions. He was chosen as an honorary member of Finnish PEN in 2010.

In 15 November 2018 he is one of the writers of PEN International’s Day of the imprisoned writers.

Please fill in this form to appeal for Dawit Isaak to be released. We will forward the appeal for you.