In recent time, horrific atrocities on innocent people around the world have been committed by Islamic extremist groups in the name of their religion. It appears that radical Islamists have hijacked the religion or Muslims have turned to their religion to find guidance on issues of their personal and political decisions. A recent study by London-based Institute for Economics and Peace (IEP) ranked Iraq, Afghanistan, Pakistan, Nigeria and Syria, all Muslim states; on top of Global Terrorism Index among 162 countries. The implications of radical Islamic terrorism are not limited to Muslim countries alone. Western countries and people are also often the targets of killing and mayhem. Now a section of Western Muslims are going to war zones of Muslim countries to fight Jihad, the holy war, against infidels and minority groups within Islam. The recent participation of around fifty Finnish Muslim citizens (both converts to Islam and Muslim immigrants) on the side of Islamic State (IS), a terrorist outfit, in Syrian war raised eyebrows of citizens in the peaceful Nordic country. In Western media Islam as a religion has become a suspect that foments hatred, intolerance and violence. Muslims are considered as a reactionary people who are suppressive to women and minority groups and prone to mob violence. Media debates in Western countries have been focusing on whether Islam and liberal democracy are compatible? How to handle the menace of political Islam? Some went as far as to declare Islamic extremism as the fourth war front of the Western countries after two world wars and the Cold War. These are gross generalizations though the observations are partly true.

Islam is a monotheistic religion like Judaism and Christianity. It has five pillars e.g. faith, performance of prayers, fasting, charity and participation in Hajj pilgrimage to Mecca for able Muslims at least once in lifetime. Quran, the Islamic holy book, has different statements regarding dealing with the injustice and oppression. At the same time, it goes as far as to declare killing a single innocent human being as to killing the humanity. Political interpretations and use of Islam by a section of Muslims for their vested interests gives the religion a bad name. There are 1.6 billion Muslims in the world, more than one-fifth of the world’s population who not only live in Muslim majority states from Morocco to Indonesia but also in Europe and North America. Muslims as a religious group cannot be blamed for misdeeds of a small minority of brainwashed violent extremists. If we look at the history of other religions of the world retrospectively, we may find similar history of intolerance and violence in the past in their names. But the problem of Islamic radicalism in the world is unique and unparalleled at this moment. If we look at contemporary Muslim countries, they share similar patterns of failure in in nation-building, building institutions of liberal democracy and inclusive citizenship. Existence of uncontrolled non-state religious schools in parallel with public school system in many Muslim countries creates ideological frictions between Muslim-ness and citizenship of nation-states that erode legitimacy of states in eyes of many religiously-educated students. The rise of Taliban in Afghanistan and Pakistan and Boko Harm in Nigeria is a manifestation of a profound crisis of legitimacy of nation-states in Muslim countries.

It is evident that Muslims of the world are not a monolithic ethnic, linguistic or national group. They live in different post-colonial states that have different historical, cultural, political and economic conditions. They are too diverse to fit under a single category and have their own external and internal conflicts of interest. There are over 50 Muslim-majority states in the world which are often termed as “Muslim World” though such categorization is politically motivated. It’s difficult to put countries as different as Turkey, Kazakhstan, Malaysia, Saudi Arabia, Qatar, Afghanistan, Pakistan and Somalia in a single category. Though Islam emerged in Arabian Peninsula in the 7th century, the vast majority of Muslims now live outside the “Arab World” that consists of 22 Arab states. The common religion Islam and the common language Arabic cannot hide tribal, ethnic and minority religious discontents within “Arab World.” In two centuries after the death of the last Prophet of Islam, Arabs had conquered and extended their rule from to the Iberian Peninsula in the West and to India in the East. The spread of Islam in non-Arab lands was done through military might. Later the religion became localized because of conversion of subjects to Islam. All the Muslim countries of the world including the Arab World had been subjected to European colonial rule before those became independent states mostly in 20th century. In the West, nation-states and liberal democracy took hold based on their foundation of industrialization revolution. However, Arab and Muslim countries became de-colonized states without building solid national identities comparable to European nation-states.

In Arab World in particular, states remained largely closed and patrimonial. Rule of law, freedom of expression and democratic accountability remained largely alien in the context of despotic rules. Arabs got a dual history. On the one hand, they had been conquerors of non-Arab lands as well as victims of foreign subjugation. Grievances and anger on Arab streets regarding their humiliation at the hands of Israel backed by Western powers and their fantasy to return to their past of Islamic empires are results of their rulers’ shrewd attempts to hide their failures to provide their citizens with rational education, democratic governance, freedom, economic development with social equality. Arab politics in general and political Islam in particular are intertwined with Arab Islamic empire. Schism in Islam had emerged after death of the last Prophet of Islam centering on succession of the Caliphate after the death of the fourth Caliph, the supreme leader of the believers. The bloody battle had resulted in Shia-Sunni divide within Islam that has political legacies in current Middle East, Iran, Pakistan and beyond. During Ottoman imperial rule and European colonial rule Arab lands became fertile grounds for the emergence of Wahhabism, the puritanical form of Islam, in current day Saudi Arabia in the 18th century. The emergence of Wahhabism has negative consequences on Islamic pluralism and tolerance in other parts of the world too. This rise eclipses the history of liberal rationalist heritage of Arab Islam manifested in Mu’tazilahs of 8th-10th century in present-day Iraq.

Wahhabi Islam played a major influence on identity and politics of Muslims of conquered non-Arab lands as well. The key versions of modern day Islamist organizations share a common thread with Wahhabism or more broadly Salafism: they intend to Islamize secular democratic institutions by complete submission of believers to pure Islam through Jihad, the holy war, against infidels and liberal Muslims. Their allegiance is to the Ummah, the global Islamic community under the leadership of a single Caliph, not to the nation-states. This version of Islam nullifies histories, cultures and identities of non-Arab Muslims and seeks ways to return to the medieval world of religious empire. It has damaging effects on many non-Arab Muslim countries regarding peoples’ perceptions of their own cultures, identities and self-worth vis-à-vis Arabs. This aspect of Arab cultural imperialism in non-Arab lands in South Asia and elsewhere is ignored by critics of orientalism, Western liberals and leftists who view Arabs solely as victims of European colonialism.

Authoritarian rule, corruption, violence against religious and other minority groups and women and poor performance in human development index are key characteristics of the vast majority of Muslim countries of the world today. Since the new democratic wave of 1990s after the end of Cold War, ruling elites of those countries invariably use Islam as a tool for gaining democratic legitimacy. Islamist parties, which had been suppressed over decades, emerged as serious contender for power in a number of those countries in the backdrop of poor state of governance. Western-backed Jihad against Soviet invasion of Afghanistan had served as the global laboratory for violent Islamic extremism. Jihadist groups such as Al Qayeda, Taliban, Boko Haram and Islamic State (ISIS) are rooted in Wahhabi ideology, one of the most powerful brands of global political Islam. Though majority of Muslim countries steered to formal democratic path from erstwhile dictatorships, for millions of Muslims religious identity seem take precedence over their allegiance to nation-state. Politicization of Islam and Islamization of politics strengthened single Sunni interpretation of Islam over diverse interpretations of Islam such as Shia, Sufi, Ahmadiya and others. The mushrooming of uncontrolled madrasas, the religious schools, under political patronage by erstwhile military dictators in South Asia for example, created social basis for militant Islam.

Rulers of Muslim countries, mostly monarchs, kings, military dictators and recent formal democrats, use sufferings of Palestinians at the hands of Israel to divert their peoples’ attention from poor governance, corruption and mismanagement. Many governments of Muslim countries fail to provide basic functions of the state: security, justice, health and education. Islamists in Muslim countries as well as in Europe and North America raise noises when Muslims are killed by Jewish, Christian or Hindus states of the world, but they keep blind eyes when Muslims kill non-Muslims or fellow Muslims. Islamic extremists are a small minority among Muslims of the world. Muslims themselves contest and resist Islamic radicalism in Muslim-majority states to fight fundamentalism’s poisoning effects on rights of women, minority groups and pluralist democracy. Islamic radicalism puts Muslims of Western countries, many of whom are citizens with diverse cultural backgrounds, in awkward position. The identification of their faith with that of terrorism make them easy target of racial intolerance, exclusion and marginalization though the vast majority of them are peaceful and law-abiding citizens. Majority of them keep themselves aloof from local and national politics of countries of their citizenship.

Enough has been done in the name of Islam and Muslims throughout the world. Question arises about who represent Muslims of the world? Is it a small minority of violent jihadi extremists and their quasi-educated cleric mentors or the majority of peace-loving Muslims across the world? The answer is: “not the violent extremists.” There are courageous Muslim writers, artists and activists who heroically challenge Islamic extremism in all its forms in their everyday lives. Lucky few such as Malala Yousafzai, Pakistani girl education activist and the recipient of 2014 Nobel Prize get coverage in Western media. Muslims as a religious group seldom protest atrocities committed by extremists against non-Muslims and Muslims in the name of their religion. Majority of the Muslims throughout the world are “moderates.” Time has come for “secular” Muslims across the globe to break their silence and raise their voices to protest against atrocities committed in their name. They should form peaceful social movements to press their national governments to initiate far-reaching educational and political reforms for building up rationalism, pluralist nation-states with liberal democracy and inclusive citizenship. School curricula of history, religion and social studies in particular need urgent reforms. 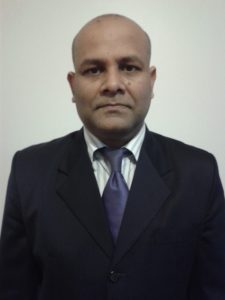 The writer is a specialist on civil society, education and international development. M. R. Doftori was a former Dhaka University Reporter of a Bangladeshi news magazine and he’s a member of Finnish PEN.